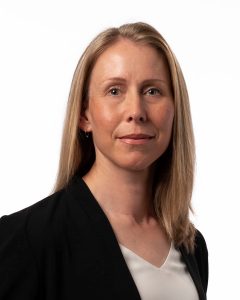 Dr. Barton completed her undergraduate training, medical degree, and surgical residency at the University of Alberta. She is a fellow of the Royal College of Physicians and Surgeons of Canada, the American College of Surgeons, and the American Society of Breast Surgeons. She has been practicing general surgery at Royal Inland Hospital (RIH) in Kamloops, BC, since 2007. She has an interest in thyroid and breast surgery.

Beyond her clinical practice, Dr. Barton has an interest in surgical education and global surgery.  She is actively involved in the UBC General Surgery Residency Training Program, and is the Site Director for residents in Kamloops.  She is interested in developing partnerships between Canadian general surgery residency programs and surgical training programs in LMICs.  As the Chair of the Global Surgery Committee for the Canadian Association of General Surgeons (CAGS), she hopes to use the knowledge gained from the Master in Global Surgical Care to help develop surgical partnerships and networking across Canada and internationally.